Office layout plays a very important role in creating a work environment in the office. A healthy work environment can bring in more leads and sales for companies and increase the productivity of the workforce. Office layout defines company culture. When companies are starting, they pay a great amount of attention to the details on what type of office furniture should be used and what layout will go with it. Providing updated, comfortable furniture such as modern cubicles and planning an attractive layout of the office helps in hiring and retaining top employees. On the other hand, uncomfortable furniture and poor office layout impacts the health of the employees in the long run and causes a sense of discomfort when stepping into the office. Top companies make sure that the comfort and satisfaction level of the employees is taken well care of since they consider them to be their greatest asset.

Office workstations take a fair share in building the office layout. Over time, the idea of an ideal office workstation has evolved. From the cubicle to open to modular office workstation, companies have constantly adapted to the changing demands. Many companies opt for an open office environment by removing barriers and cubicle walls. This design is often known as a “benching system,” which includes close seating arrangements for the employees with carefully planned power integration. Though the benching system is fairly a new concept and many companies are opting for it, it has its disadvantages. That is the reason many companies have remained with the cubicle systems over the years. They might have modernized their workspaces but the main inspiration behind the arrangement is the traditional cubicle system. 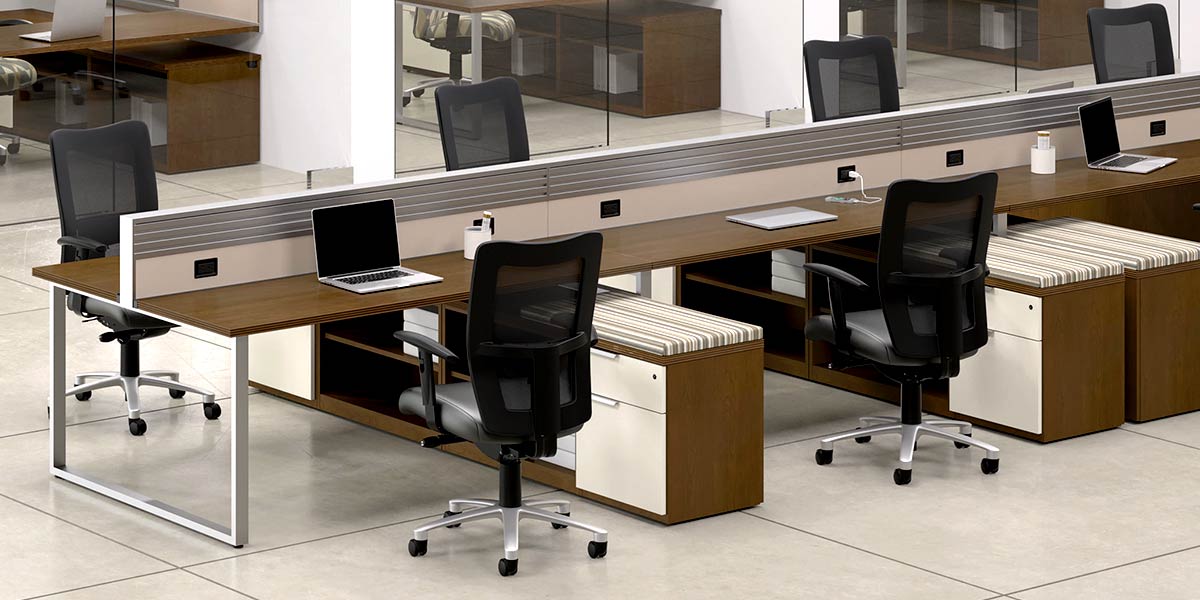 Many companies are reverting to office cubicle workstations by making some improvisations in their idea. The idea of the cubicle was first proposed in 1967. The idea was to give the worker the feel of personal office while managers can monitor their activities and performance. Modern workstation cubicles help in isolating workers, which decreases the distraction level and increase their concentration on the task. Overhead bins, shelving, and drawers are the major components of the cubicle to meet the basic requirements of the employees. The following are few of the benefits of modern cubicles. 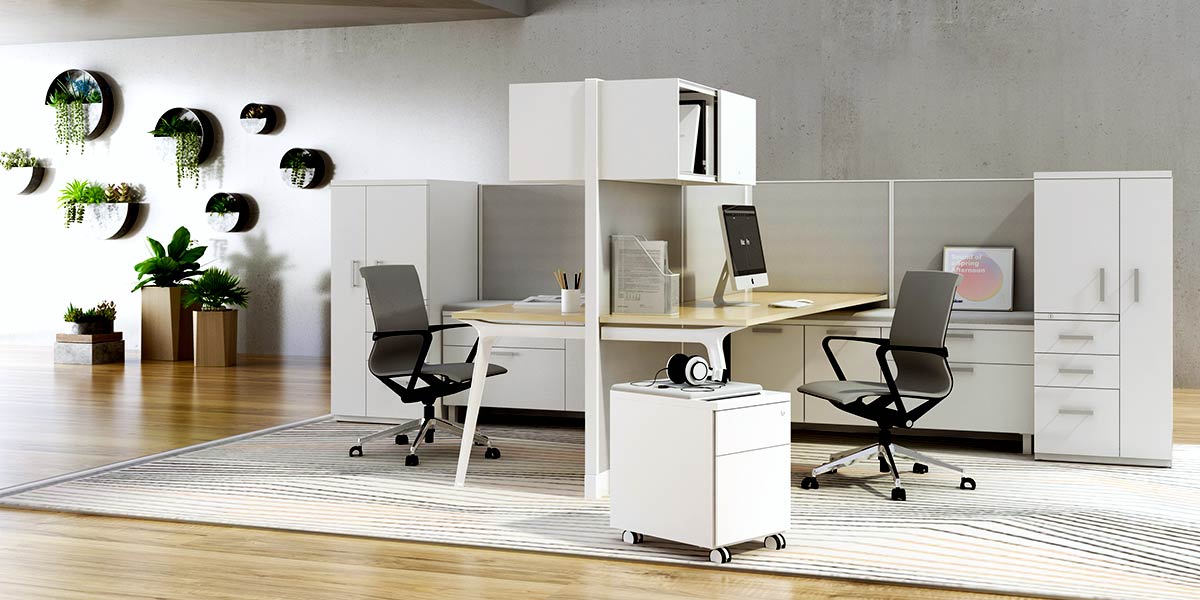 Research has shown that the employees who work in modern cubicles have 50% more productivity than those who work in an open office. The reason for the increase in productivity is because of a significant drop in distraction from the other employees and lesser noise. The percentage of error-free work also dramatically increases when employees work in cubicle workstations. 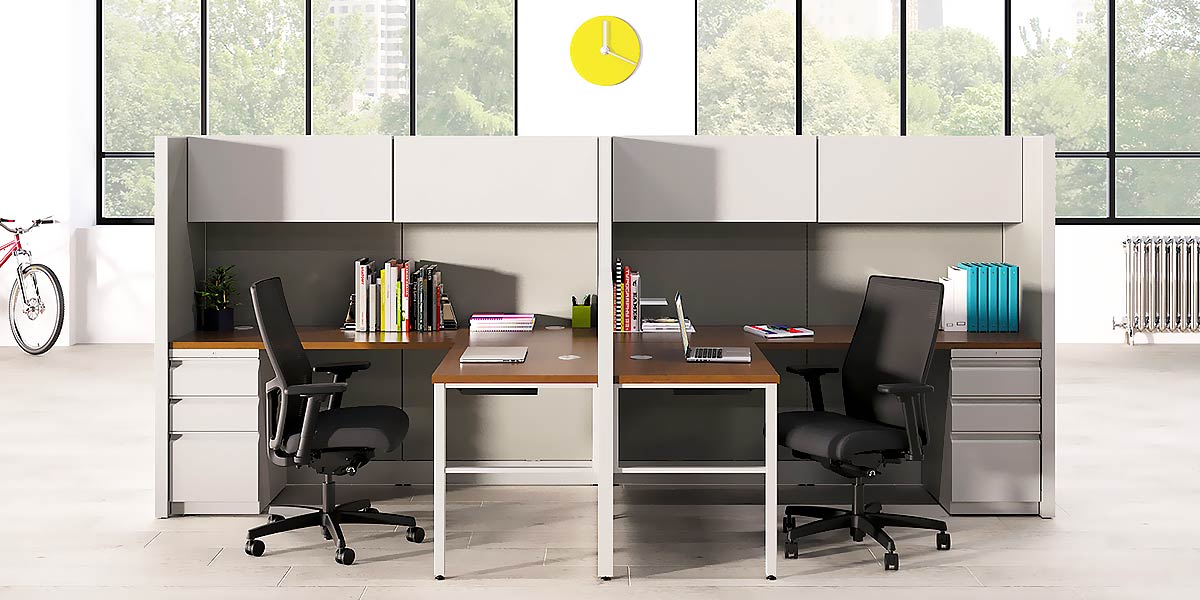 Another advantage of using these modern cubicle office workstations is that they provide a sense of security and privacy when dealing with sensitive data and materials. Some employees find it hard to focus on their work because they feel like they are always being watched, which in turn affects their productivity negatively. To facilitate these kinds of employees, managers tend to be inclined towards using cubicles to maintain discipline, aid focused work, and help the employees meet the given deadlines. 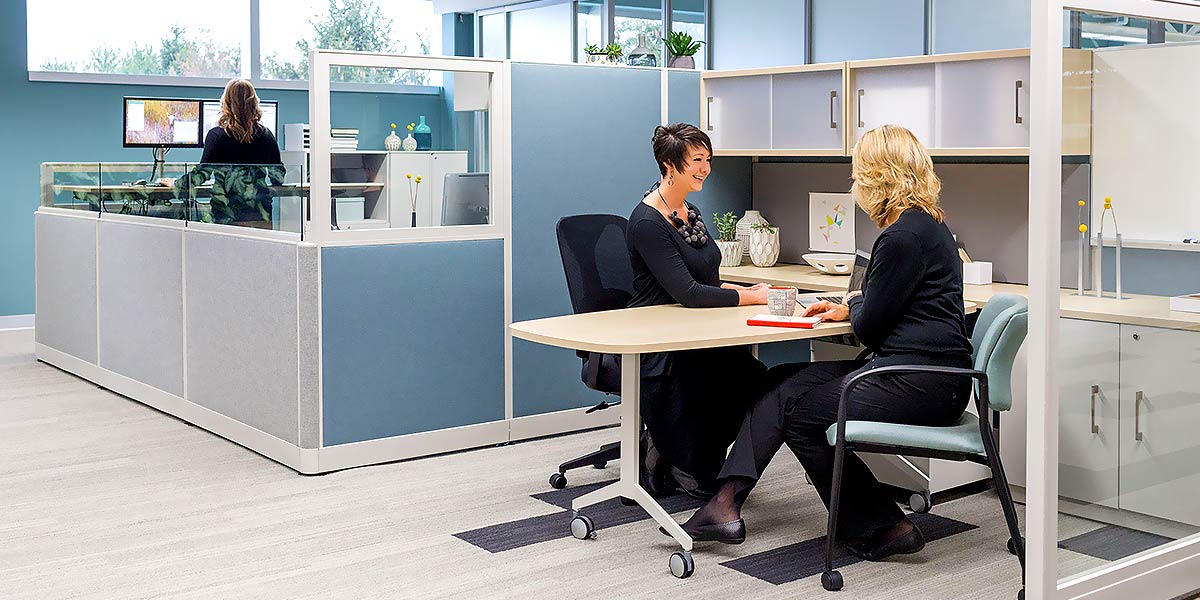 Modern office cubicles serve the purpose of facilitating employees with their personal space without getting too heavy on the pocket. Rather than providing individuals with their separate room or office, companies can go for modern office cubicles. The average space of a cubicle in 1994 was 90 sqft, which shrunk to 75 sqft in 2010. The rent of offices has drastically increased through the decades, so to optimize the workspace, the size of the cubicle was decreased. The cubicles have been downsized to 5′ x 5′ ft space from 8x10ftspace. The average cost of a cubicle ranges from $1000 to $2000, which doesn’t include tax, installation, or delivery charges. The construction of office cubicles is a one-time cost, and the same cubicles can be used in case the company decides to shift its office or decides to expand. These cubicles are durable and reliable.

Some improvement has been made in the cubicle design; for example, now office cubicles use sliding doors, which helps in using the designated space more efficiently. Instead of providing each employee with the locker room, overhead bins are used, which are cost-effective and saves space. Employees can also stick their pictures and motivational quotes in their cubicle and personalize them according to their needs. This way, they will get a sense of belonging to the workplace, which can positively impact their work. 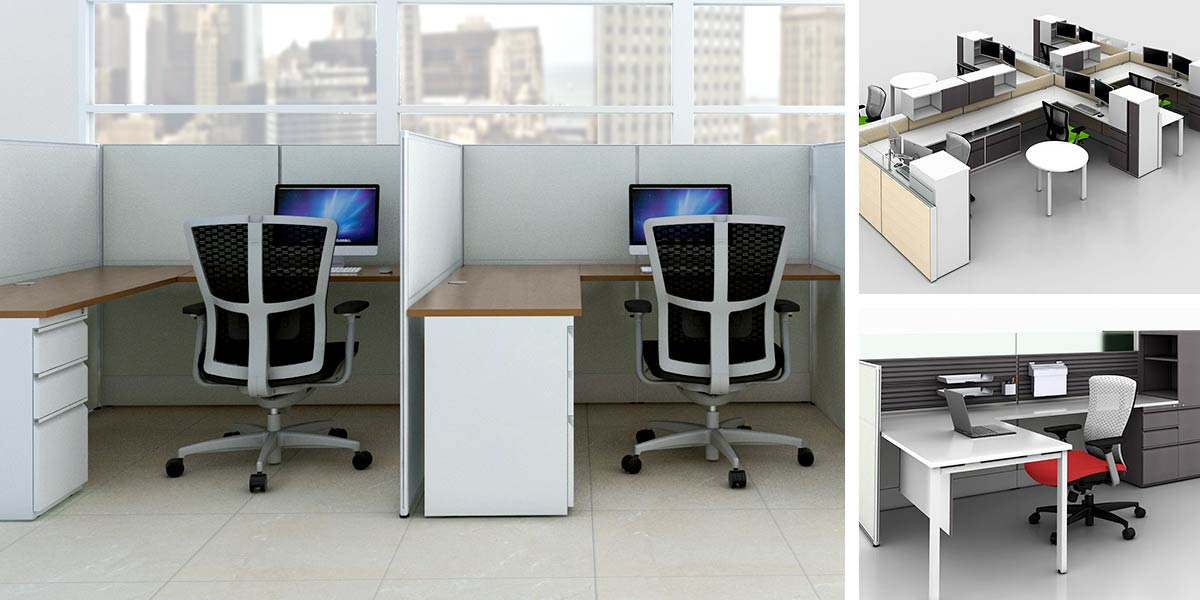 Materials used in building office cubicles are easily available and inexpensive as compared to the traditional office room. Concrete office rooms use a lot of materials to be constructed, and they’re not mobile either. While on the other hand, office cubicles can be made from plywood or special cardboard. It is also easily set up and can be moved easily.

Modern office cubicle workstations also give employees a sense of standardization since every employee gets the same working space. It increases the spirit of employees and also increases the cohesiveness between them and the management. The company’s office layout helps in promoting the brand of the company. The appearance of the workplace matters a lot. Neat and functional workspaces boost the morale of the employees and create a sense of belonging to the work culture. 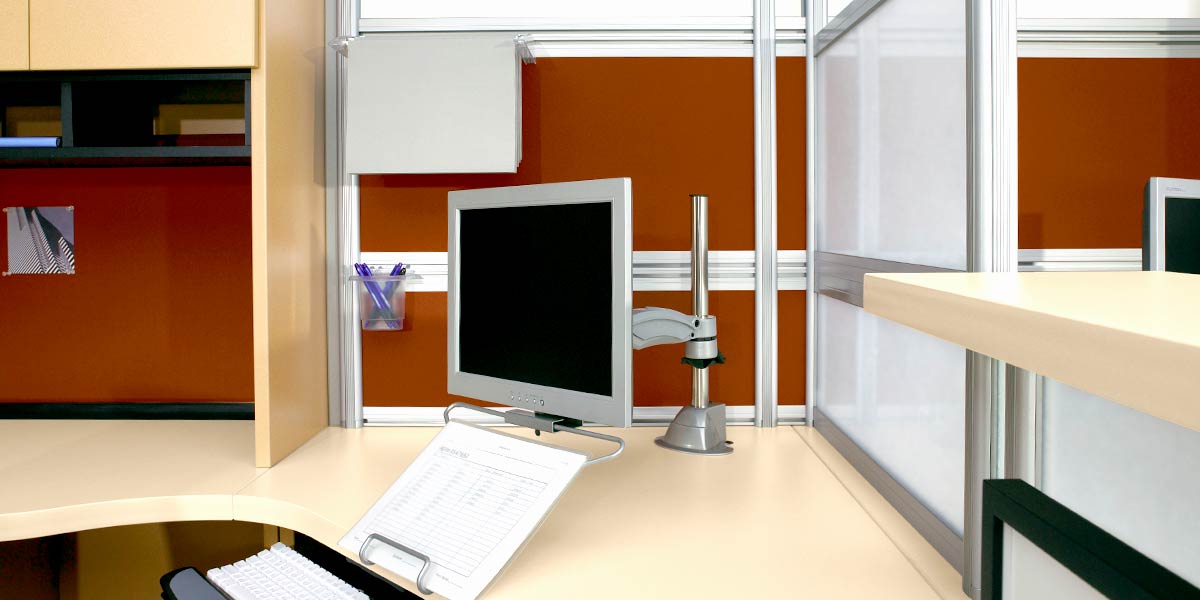 Office cubicles are a popular idea in today’s age because it doesn’t require to be built all at once. For example, if a company has 30 employees, they can build the required number of cubicles. As new hiring is completed, new cubicles can be constructed accordingly, which cuts the upfront cost for the office.

Though it is important to get it installed by professionals and experts to save time, proper planning on the structure and size of the cubicle is required. Many offices create cubicles that are too small for the employee in which they cannot work comfortably. The other disadvantage of a cubicle is that it causes hindrance in coordination with the other employees in case proper meeting channels are not practiced in office. 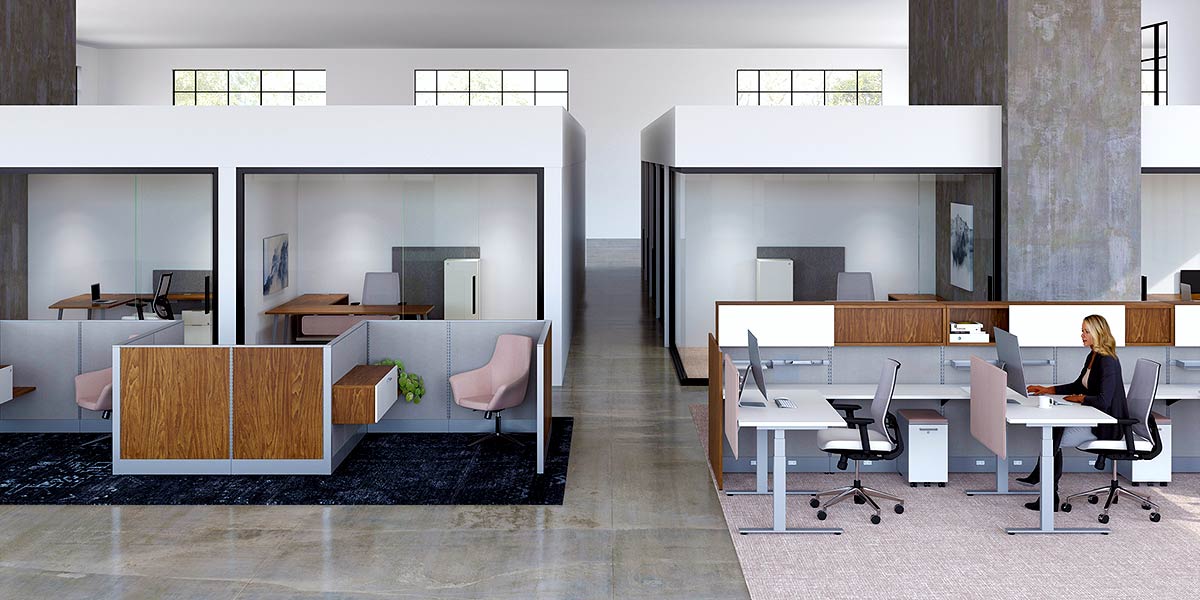 Get the Modern Cubicles Expertise You Need

Get input from 2010 Office Furniture on your space planning needs and laying out an office that meets the needs of employees and departments.

Our team has more than 45 years of experience serving corporations, universities and small businesses throughout Los Angeles, Orange County and the Inland Empire. 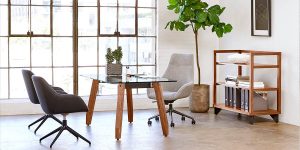 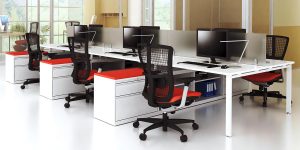 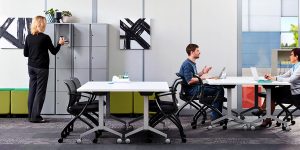