Bryan Starr, the president and CEO of Greater Irvine Chamber, proclaims that, “The Greater Irvine Chamber is pleased to recognize Sophia Rose with a lifetime membership. She has been instrumental in growing the Chamber’s Leads Group program, helping to create a space for our membership to form quality relationships, and meet people they trust with their business.”

For the past eight years, Rose Alexander has spent countless hours as a part of the Chamber doing various volunteer leadership roles and helped expand the Chamber’s esteemed Leads Groups program. The Leads Groups program dedicates itself to contributing to the economic development of the Irvine area by enhancing and growing the businesses of Greater Irvine Chamber members through networking.

Rose Alexander has an impressive list of accomplishments: within a year of her membership, she joined the Wednesday Leads Group and went from being the co-chair to chair of the Group. She also spent her time with the Ambassadors Committee as a co-chair. Their mission is to promote and represent the Greater Irvine Chamber in the business community. About two years later, Rose Alexander was appointed as a Leads Group Coordinator and helped form the 1st and 3rd Tuesday, 2nd and 4th Thursday, and 1st and 3rd Thursday Leads Groups. As the Coordinator, she was tasked with working with the Chamber’s membership to grow the networking referral group. The next year, she was named the 2014 Member of the Year and Ambassador of the Year.

From Dallas to Orange County

Rose Alexander began her journey to success in 2011 when she relocated from Dallas Texas to Orange County in an effort to broaden her contacts.

She says that, “It’s been such an honor to serve the Greater Irvine Chamber for the last eight years. When I first moved here, I didn’t know anyone other than my daughter. Joining the chamber in November of 2011 with 2010 Office Furniture was such a blessing. Not only did it jump-start my business in OC, but it afforded me the opportunity to grow professionally and personally. The Chamber staff and members became my family as I got to know them all. I’ve met so many wonderful people, created a huge circle of influence and made a lot of wonderful life-long friends along the way. It’s been a pleasure helping create the Leads Groups, improving and growing the groups, and mentoring members along the way.”

Read the full article on the Chamber website and learn more about the organization: Greater Irvine Chamber Awards Lifetime Membership to Sophia Alexander 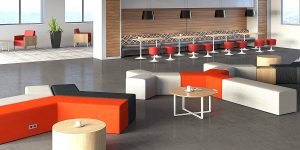 The Best Office Spaces are Responsive to Employee Needs 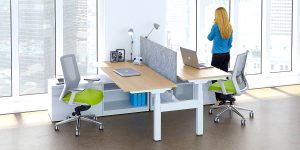 Energize Your Office with Movement 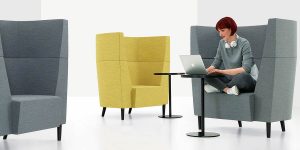 Office of the Future: Plan an Office that Meets Your Company Goals and Personal Needs